Sharing Memes and Art? Check and Credit for Your Spiritual Hygiene 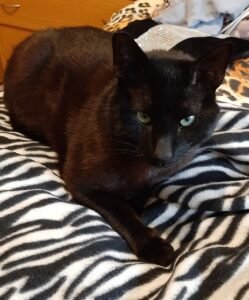 In the wake of more mass shootings in the U.S. a new crop of memes, video clips, and art is circulating the internet. Some are darkly humorous, like the one about how to sneak a knife into a U.S. school. Some are rather insensitive, blaming protests against murderous police for gun violence. Some are deeply sad expressions of grief for those who’ve died in the violence. We all have feelings about the things that have happened, and when someone’s expression matches our sentiments, the easiest thing to do is share it. It’s not doing much to actually solve the problem, but it’s at least letting people know where you stand. It’s a quick and relatively painless way to make your position known and show at least emotional support for those we agree with.

In my article on technomagia on Zindoki.com I touched on the use of symbols and visual triggers in online magic. There’s a lot that was said that may raise alarms if you can read between the lines. There was a lot though, that I didn’t say because I wasn’t sure that the world was ready for the truth. Most people haven’t read the Mueller report, and of those who have, few hang around Pagan and witchcraft online spaces. Of those, most are aware of the fact that “white” supremacists have been actively recruiting in the Pagan community and duping spiritual communities of traditional and non traditional brown people into believing Qanon and other “white” supremacy serving conspiracy theories.

Recently some have been called out, and this is good. With that happening though, the time has come to let the African spiritual community in on something that will make some very uncomfortable.

The “chaos magick” community has been polluted with “white” supremacy for a long time. One of their common methods of spell casting, because they don’t take the time usually to actually read further into their craft, is to create a “sigil” or symbol and jerk off to it to implant their energy. Since a lot of “white” supremacy is around sexual insecurity, you can imagine what this does spiritually. So what they’ll do is make a meme or make a symbol and paste it onto a meme that has already been made, jerk off to it for the purpose of giving it their energy and will. This forms a kind of spiritual tag on the image, so everyone it gets shared to increases its power.

Since most people aren’t doing anything effective to protect themselves, this spiritual and/or psychological tag sucks them in and they’re a little bit closer to believing whatever the originator of it wants them to believe. Gradually, people will find themselves supporting politicians and causes that are inhumane because they’ve been programmed to do so.

It helps when viewers agree with the message of the meme, but they don’t have to agree with it for it to be totally ineffective. They could implant a sigil into an anti racist meme that is meant to make people apathetic or hateful of Africans and others. The more people see the symbol not knowing what it is or even noticing that it is there, the greater its power.

How to Protect Yourself and Your Followers/Friends 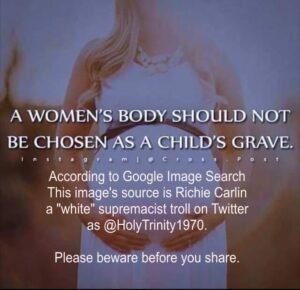 Aside of maintaining your normal protections, remember in African systems, we don’t have illusions of quid pro quo. The forces of Nature are of Nature, not wishful thinking, so if you do stupid things you will get stupid consequences. So here’s what you can do to avoid psychic pollution and corrupting others.

Use the zoom feature of your browser or app, and if you see a URL on it, go there to see if it exists. If it doesn’t or it is a site with stuff that disturbs you, don’t share their stuff. Look at the site or page it’s being shared from. Check to see who they are affiliated with.

Christians have been unknowingly sharing materials circulated by Falun Gong for years. The post will look like it’s anti abortion or homophobic, and they will think they are “pwning the libs” by sharing it, but they are really spreading the propaganda of a cult. By now, some of them are so taken that they don’t care.

Someone in African spirituality should not be so gullible. These are people who believe that if you are mixed, your soul can’t find a heaven.

Also, if you see symbols there you can’t recognize or don’t know the meaning behind them, don’t share them.

Do a prayer for discernment specifically before you start up your computer or phone at least once daily.

As part of your usual daily observance, run your phone through the incense smoke, and ask specifically that if anyone is feeding you misinformation, they be corrected. If they’re doing it purposefully, or trying to harm you including your mind, or manipulate you to destroy yourself or your people, they be prevented and punished.

Yes add that punishment there. These are the spirits you are talking to. No need to feign “love and light” when there are enemies.

If you notice someone in your circle is sharing a lot of polluted material, show them the truth.

Some won’t want to hear it. They may be too far gone. Tell them anyway. Once.

It’s bad enough that violence is so out of hand, but it has an origin. Part of that origin is the lack of recognition of people’s personhood and the value of their labor. So don’t be a hypocrite. If you enjoy someone’s art and they did a work that moves you, give them credit. It’s not enough just to not crop their signature out. Put a note there that the image was created by X artist, with a link to their site. The artist can also tell you if their work has been altered to propagate a shady symbol.

Please be safe out there.