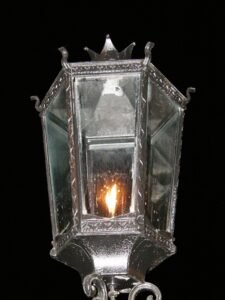 When the Russian army invaded Ukraine, many African Americans posted their opinion that it’s “none of our business”. Dr. Umar echoed this opinion, saying Africans should “mind our own business”. Apparently he didn’t know that African Ukrainians exist, and that many Africans and Caribbean diasporans live and study there. Of course, this opinion also doesn’t take the prospect of nuclear war into account or the many ways in which the Russian government contributes to much dirt done in Africa and the middle east. We won’t even get into the pollution of the African American community with disinformation including but not limited to fake “leaders” fostering misogyny, homophobia, and Blavatsky/Theosophy originated myths.

So African Americans in denial and trolls across Twitter are gaslighting Africans and engaging in intense “whataboutism” (deflecting from an issue by bringing up other cases to minimize or dismiss the relevant issue). In their minds, it can’t be true because:

At this very moment, supposed Black people are arguing with me that it just cannot be. Worse, the reasoning behind it is the new age equivalent of “pastor says”.

There is a concise (as much as I could narrow it down) list of sources to the right. I am tired of repeating myself. From now on, I will just refer people to this post. If they are too lazy to read and too racist, internally or externally, to accept the truth then I am too tired to deal with them. They can just go to hell.

One would think folks who supported the Ukrainian people would be concerned the borders are rife with pro Russian infiltrators lending validity to the nazi claims. At the very least they should be concerned about border disruption robberies and extortion. I guess thwarting traitors and criminal gangs is not as important as hurting Africans.

We have established an emergency hotline for African, Asian and other students wishing to leave Ukraine because of Russia’s invasion.

+380934185684
We are working intensively to ensure their safety & speed up their passage. Russia must stop its aggression which affects us all. pic.twitter.com/HRJPoOI0pg
— Dmytro Kuleba (@DmytroKuleba) March 2, 2022

Ukrainian Ministry of Foreign Affairs has set up a hotline for foreign nationals fleeing Ukraine.

If you prefer a raw list of the links on a plain HTML page, here is one that is current as of March 3, 2022.

If I have any substantial additions, I will update it.